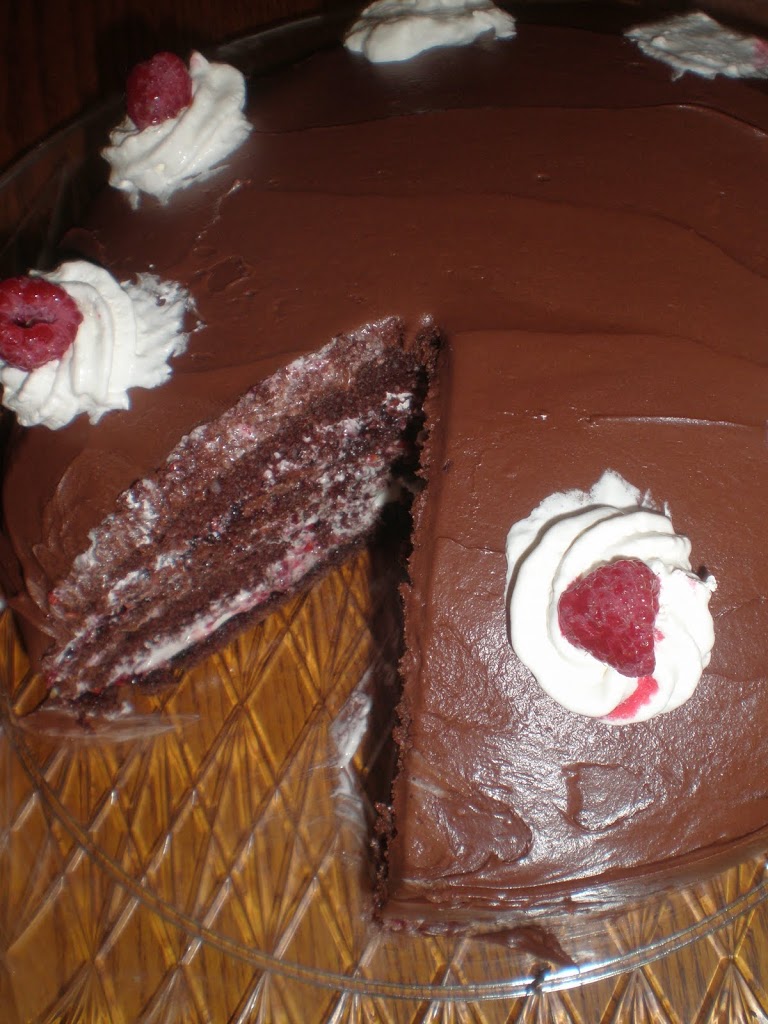 I had every intention of creating the most beautiful and tasty cake today to feature on tomorrow’s Tasty Tuesday, but like we all know, things don’t always go according to plan! My goal was to create a confection with our Raspberry jam, but every part of me wanted ooey gooey chocolate! To put it all together, I decided I would bake a chocolate torte cake, and layer raspberry jam and ice cream in between. I quickly realized as my cake resembled the leaning Tower of Pisa, that my intentions were failing! I scraped off the ice cream and replaced it with Cool Whip (still didn’t help much). I frosted it as fast as I could and topped it with a little decorative swirl and some thawed Red Barn frozen raspberries. I couldn’t get a picture fast enough! My cake was falling apart in every direction! Don’t get me wrong, it was still delicious, just a little hard on the eyes! 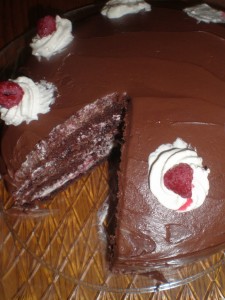 Ahh – raspberry down! The others were close behind it! Have you ever had a dessert disaster? Leave a comment with your worst dessert disaster for a chance to win a Red Barn pie – the ultimate fail proof dessert!

Winner will be selected randomly. Must be able to pick up pie, as we are unable to ship them.